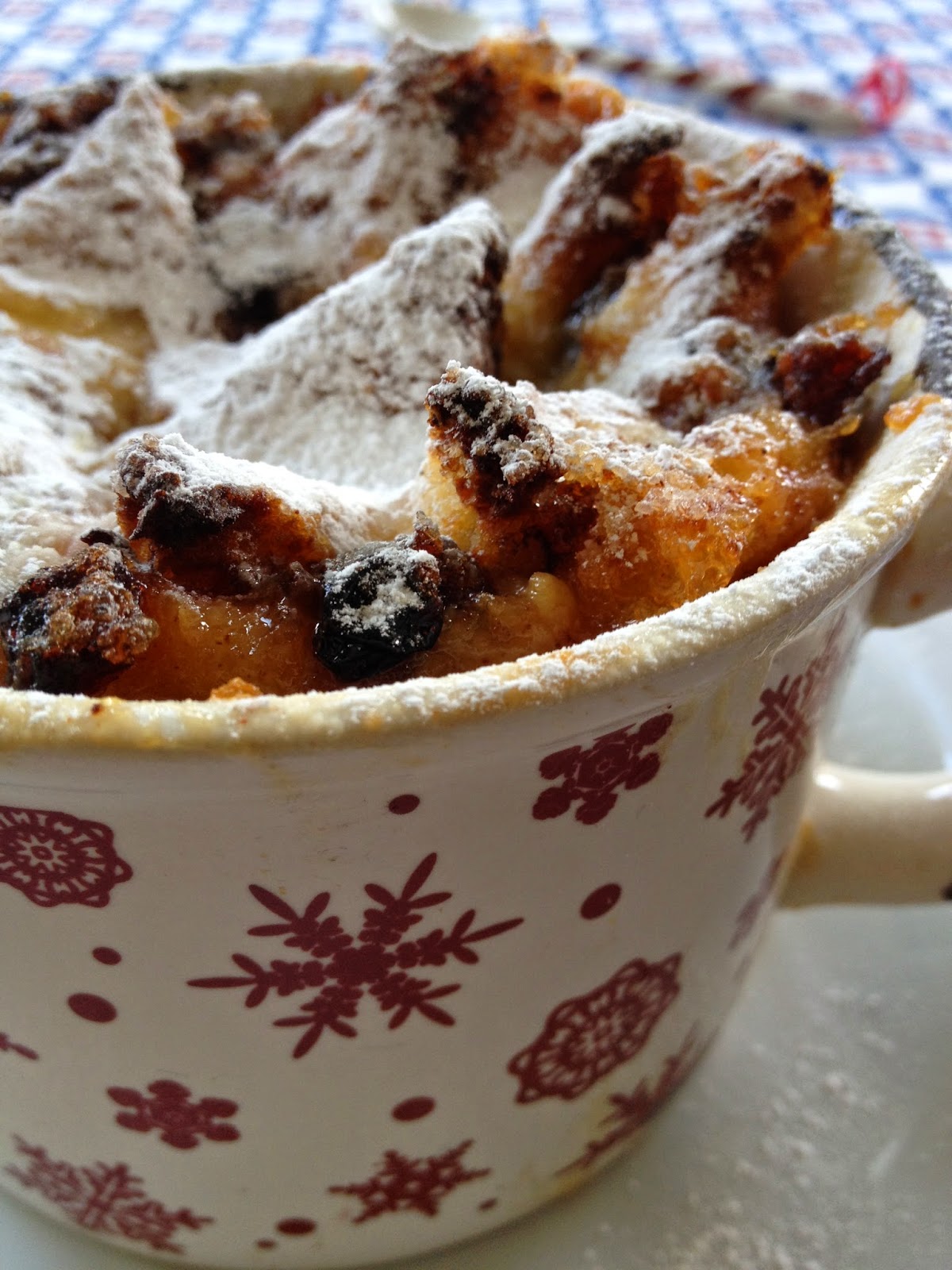 A few years ago now I entered the Women's Institute Cook of the Year Competition, it was in November and entrants had to create an alternative Christmas menu.  It was to be judged by Brian Turner and I had to cook the meal in front of an audience at the Good Food Show in Birmingham.

It was all very daunting but the most difficult part for me was coming up with something that could top trifle or Christmas pudding.  as far as I'm concerned they are the puddings you have on December 25th and they should not be messed with.  In the end I thought about what Brian might like and decided he's quite a traditional man with very classic taste.

My dessert was this Christmas bread and butter pudding made with mince meat and a touch of advocaat in the custard for and added yule tide touch.  It's so very comforting and cosy, he loved it.

Use some of the butter to grease the base and sides of a 2 pint oven proof dish.

Use the remaining butter to spread over the slices of bread.  Divide the mincemeat into 4 and make sandwiches with it.  Remove the crusts and cut the sandwiches into 1/4's then place them into your buttered dish.

In a jug, whisk together the milk, cream, Advocaat and eggs then pour it over the bread.  Sprinkle on the sugar and cinnamon and leave to stand for 30 minutes.  This will allow the custard to soak into the bread. 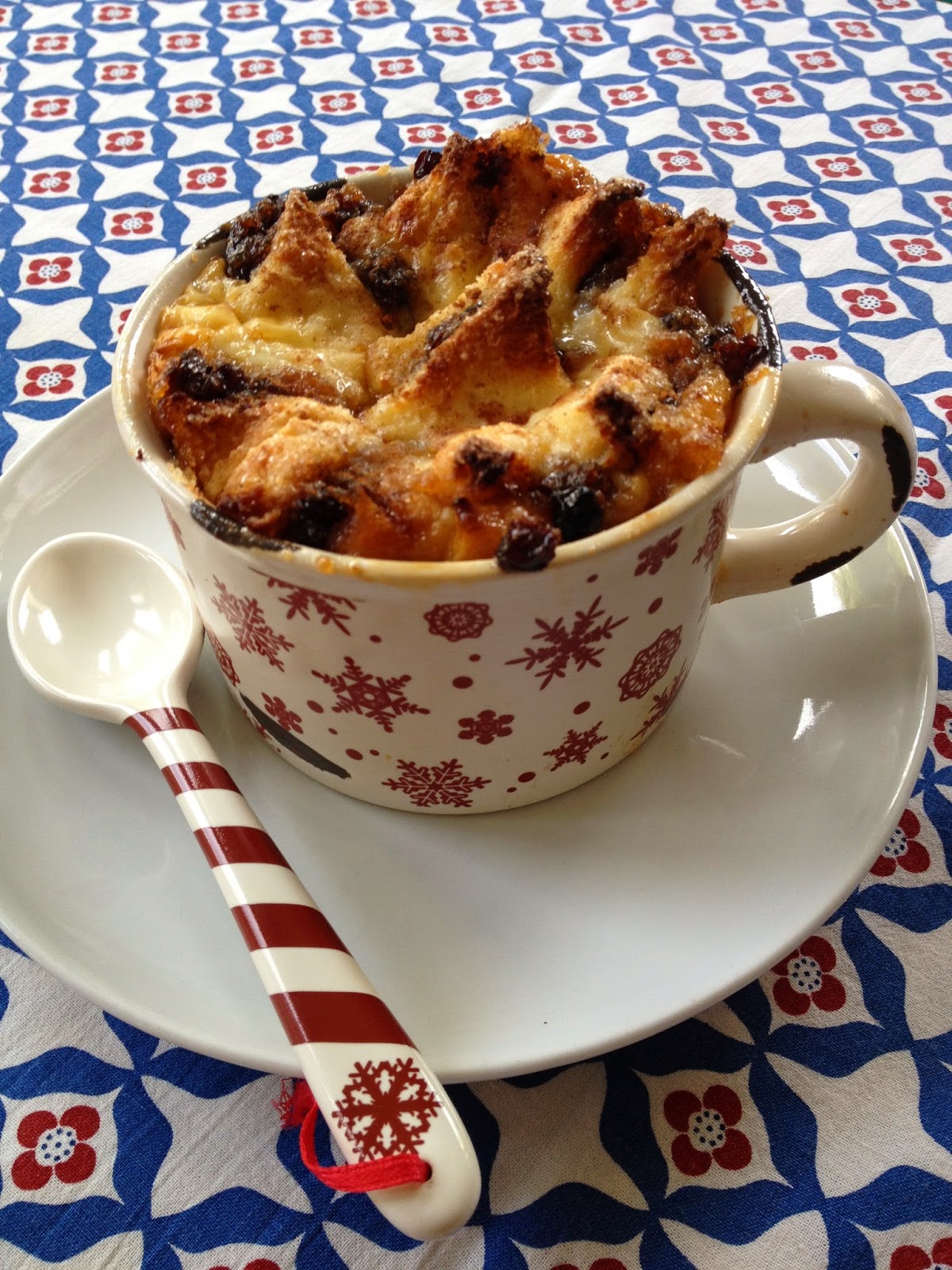 My winning pudding, thanks Brian Xx 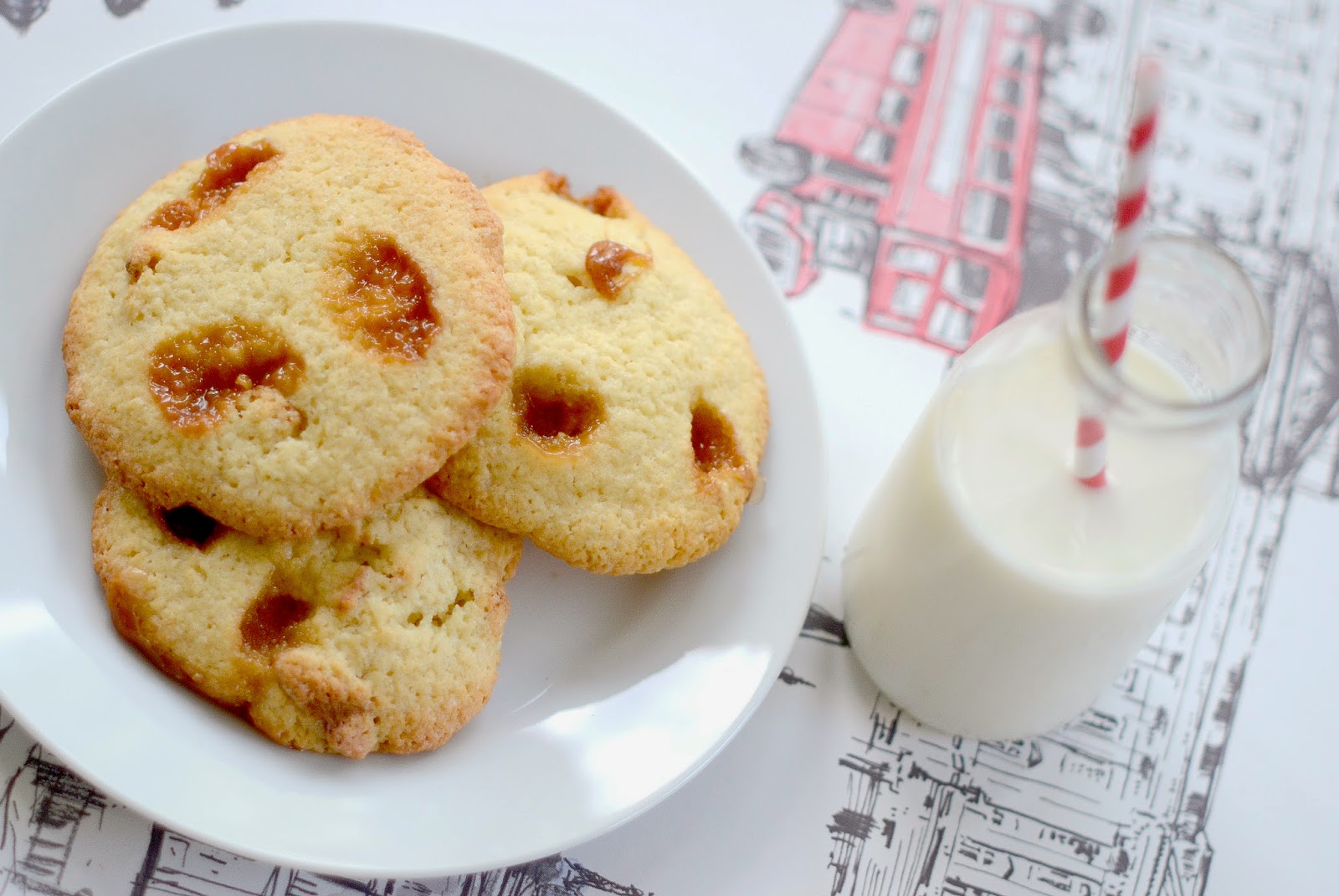 These are ideal for packing away and taking with you to watch the fireworks, the apple and cinnamon give you that winter warming taste that pre-empts christmas and they are excellent with a glass of milk or hot chocolate.

I made them originally with the toffee mixed in but found that they oozed all over the baking tray so placing them on top means you don't lose all their caramel tastiness.  Fudge works just as well and are easier to cut, especially if children are making them.

Line a baking sheet and heat the oven to 180C

Cream together the butter and sugar in a bowl. Add the egg, flour, ground almonds, cinnamon and baking powder and mix well to combine.

Now fold in the milk and chopped apple..

Place spoonfuls of the mixture onto the baking sheet leaving room for them to spread when cooking.  Top each mound with a few pieces of toffee then cook for 12-15 minutes or untill they are brown.

By yasminlimbert at 06:32 No comments: