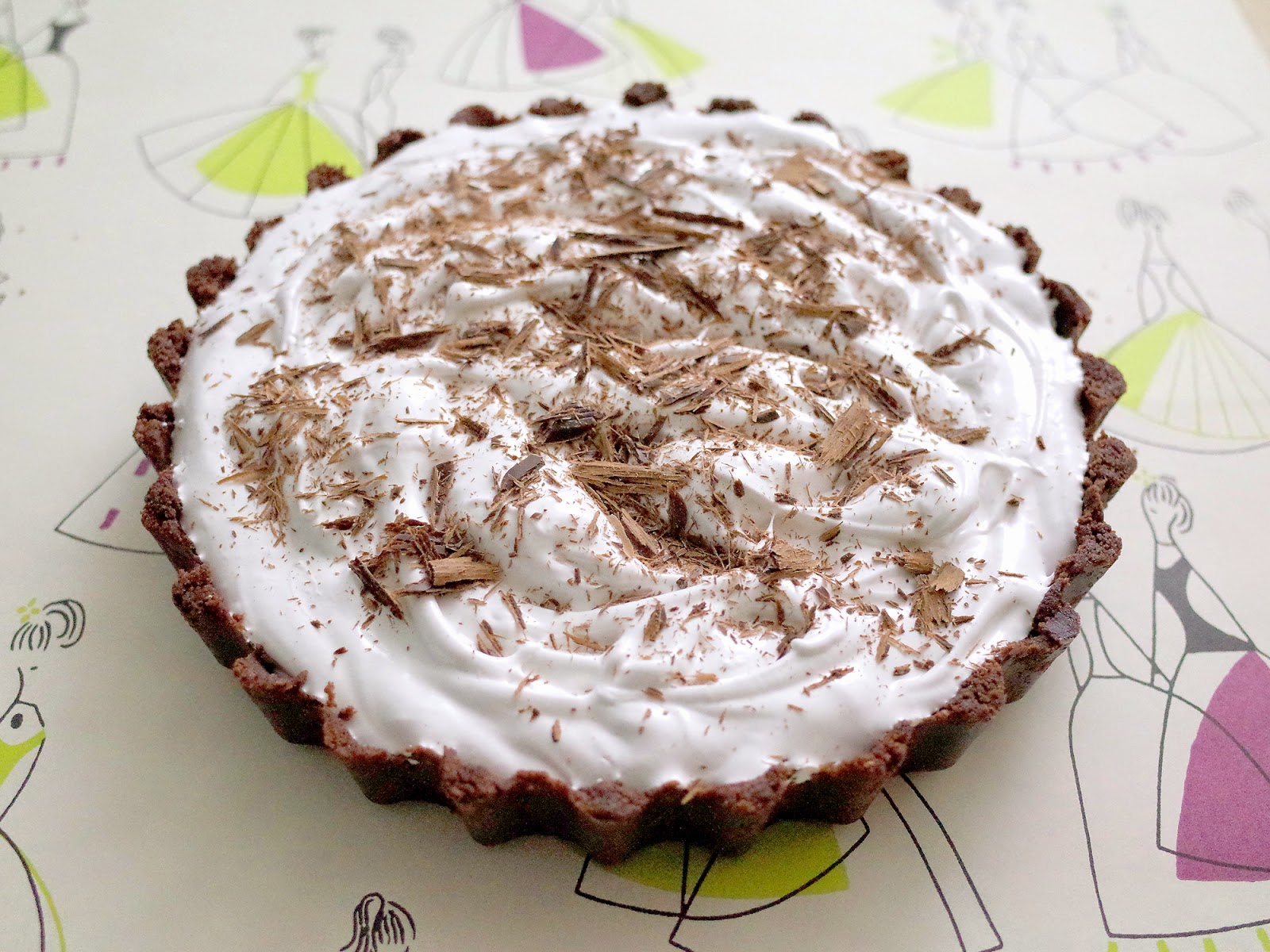 Marshmallows have become a very popular sweet to make at home and they're well worth the effort.  The home made version are so soft and melt in the mouth.  They're the perfect gift because everyone loves them and are so impressed at your confectionary skills. 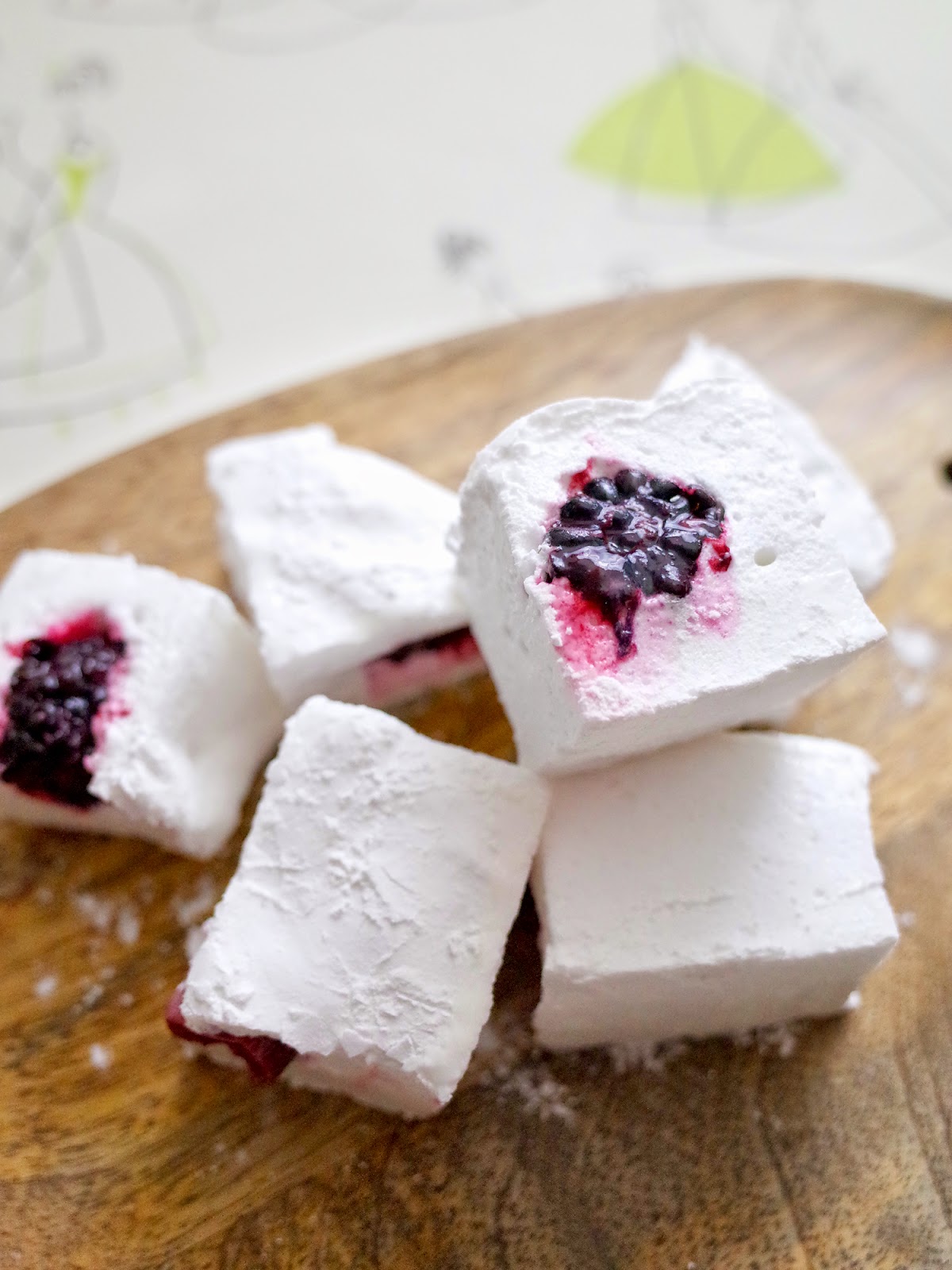 Now it's even simpler with this kit from Sainsbury's, in fact it's so simple that I gave my 11 year old son a box to make.  We drizzled his with chocolate and sprinkled some with toasted coconut, unfortunately we scoffed the lot before I could get any photos!  I did however make more with fruit layered into them.  This worked so well because the cherries and blackberries that we used cut through the sweetness of these fluffy cubes of cloudiness which enabled us to eat more without them being too rich. 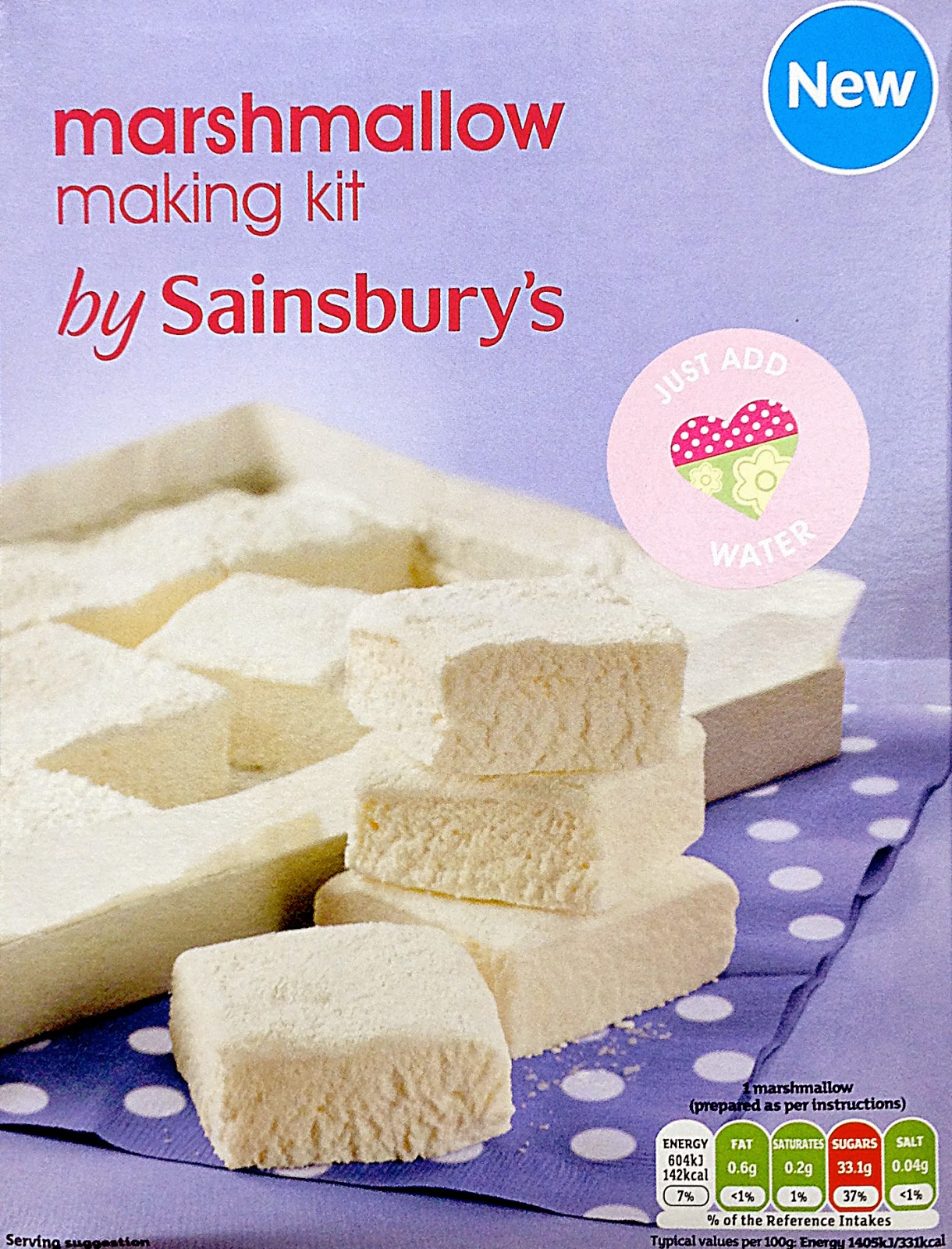 My Mother used to make a pudding called Cherry Mallow Pie which used cherry pie filling and was topped with something that had melted marshmallows added to it.  Cherry pie filling is one of my guilty pleasures, added to custard it makes my favourite toasted sandwich - yes you did read that right. And of course the greatest cake of all, black forest gateaux would not be the same, in my opinion, without it.

Anyhoo, this marshmallow kit gave me an idea and here is my very simple, mostly assemble not much cooking, Cherry Mallow Pie.  I searched high and low for cherry pie filling but couldn't get it but I did find a posh jar of cherry compote full of whole morello cherries that was the perfect substitute.

Crush the bourbon biscuits in a food processor then add the melted butter and whizz together till it clumps together.  Press the biscuit into the base and sides of a deep 25cm fluted loose bottom tin and chill to harden.

Now follow the instructions on the marshmallow kit which has everything you need in it. It's very simple and just a matter of adding water to a sugar mix and simmering it for 10 minutes then whisking up a gelatine mixture and adding the two together.

Once this is done cover the base of your pie with the cherry compote and top with the luscious mallow.  Pop it in the fridge to set, it says 2 hours but it was ready in 1 hour then decorate with grated chocolate. 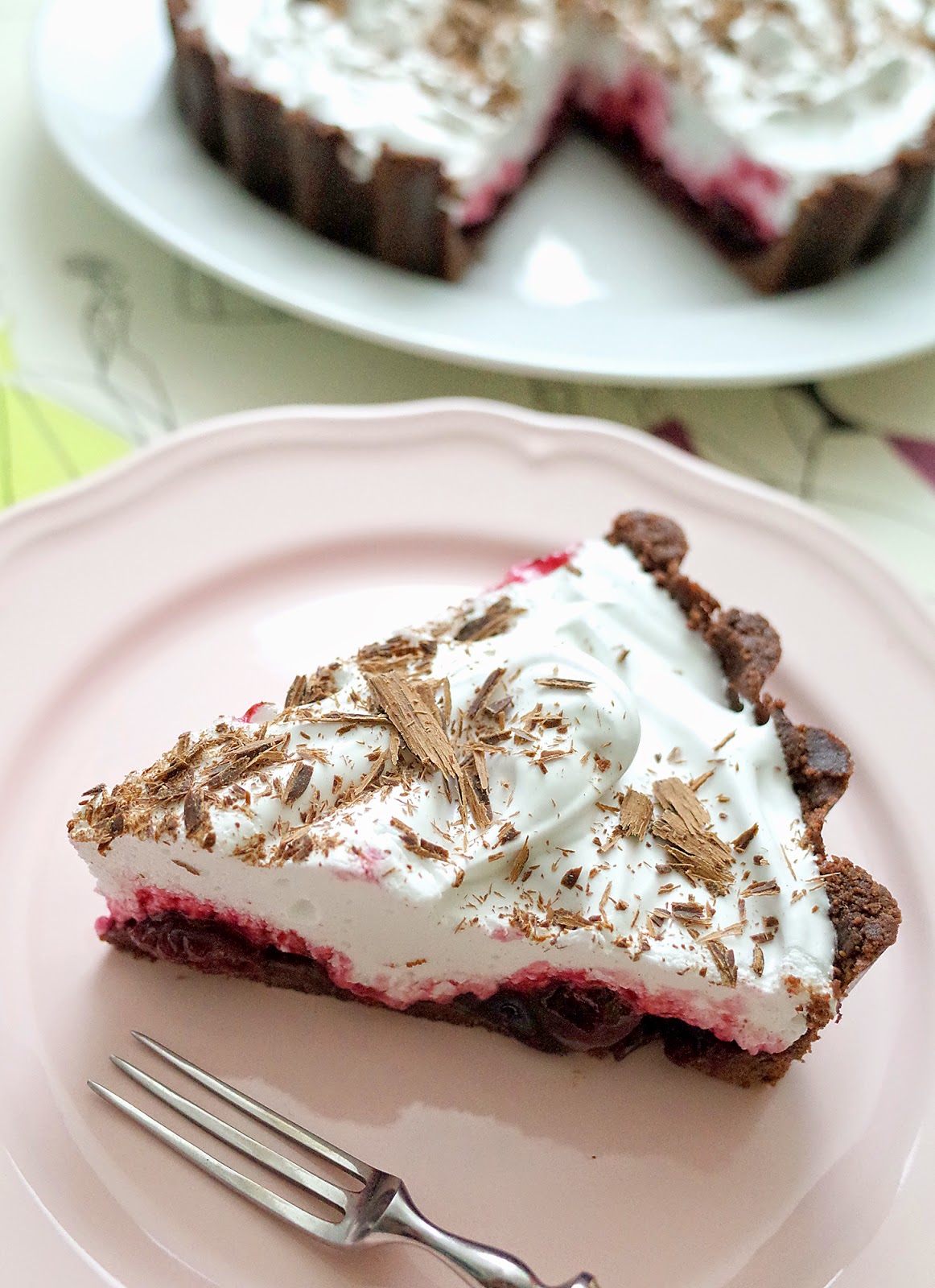 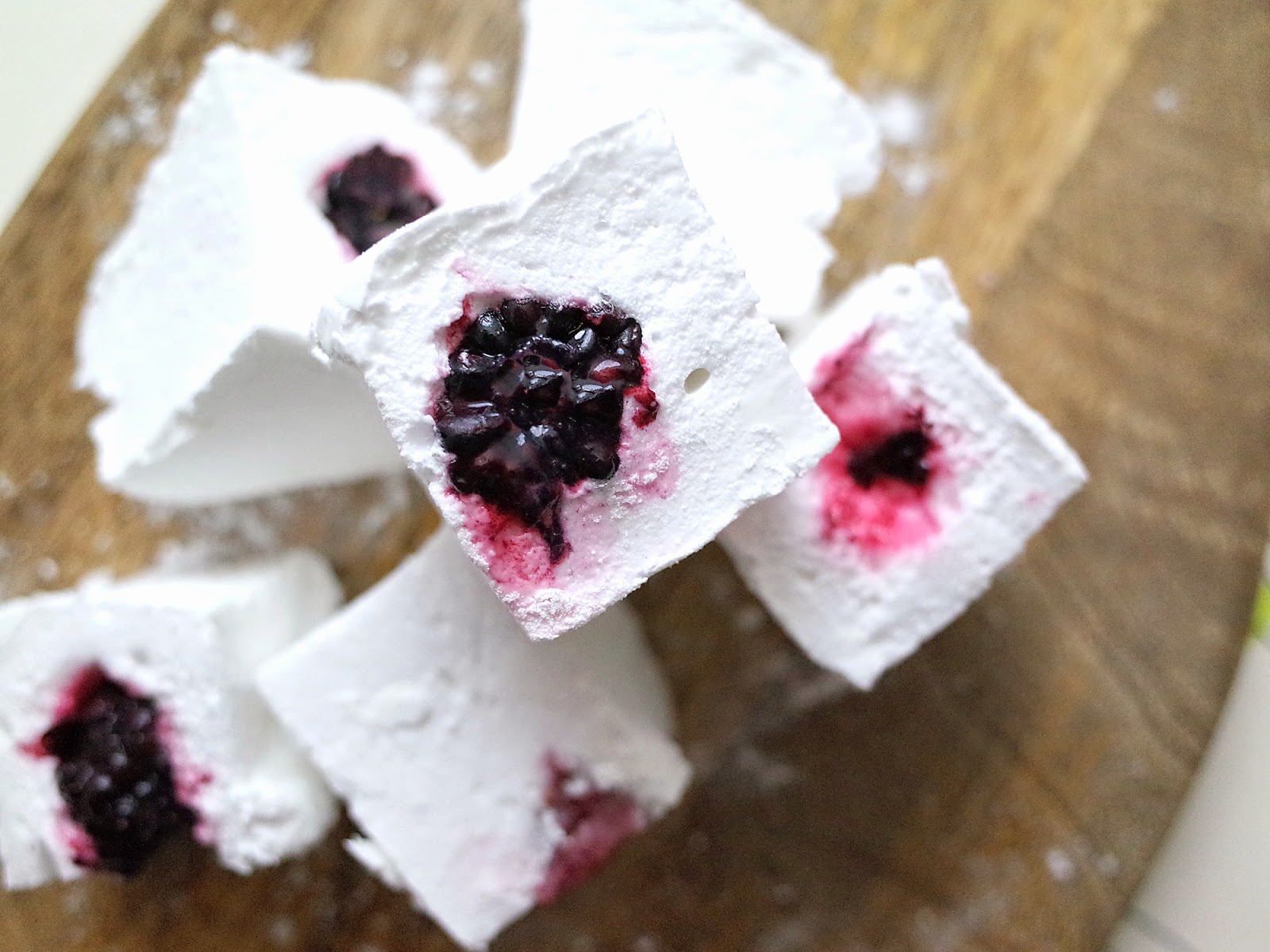 By yasminlimbert at 06:00 No comments: