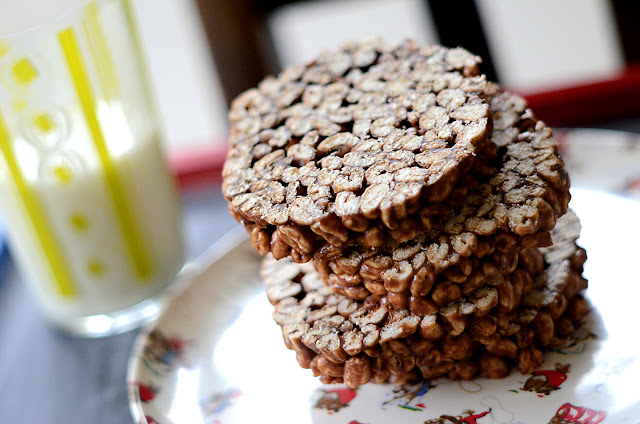 When I was at primary school, or 'in juniors' as we called it, the meals were all very traditional. Roast chicken, meat pie and mash, boiled ham and peas pudding (never really took to this), lots of cabbage and all puddings came with custard.

There was one exception to this however.  On the very odd occasion the school cook would lose all sense of propriety, throw caution to the wind and serve us up the gastronomic banquet  of Spam Fritters, Chips and Beans!  Of course, news of this veritable feast would spread through the school playground like wildfire causing a stampede to be first in line.

There were two possible puddings accompany this meal of the gods, both of which in my humble opinion were in fact the true highlight.  Both of them include ice-cream which to this day features in my   still not complete 'Top 10 Foods I could not live without' - Ice Cream.

The first was a portion of ice cream served floating like a utopia island in a bowl of hot chocolate custard, I know, you want that right now don't you?  The second was a large chocolate cereal biscuit with a portion of ice cream on the side.  The ice cream was inevitably squished onto the top of the biscuit then snuck out into the playground and used to taunt the kids that hadn't made it into the dinner hall yet.

Since leaving school I often thought of that biscuit but it was only a couple of years ago that I realised that what made it different from the humble crispy cake and far more superior was in fact Sugar Puffs. Now here is the recipe in all it's glory to share.  Whilst you read the recipe I shall go and get the ice cream for squishing.

In a large pan slowly melt the chocolate, butter and golden syrup together.  Once they have melted add the sugar puffs and stir, making sure all the cereal is well coated.

Tip the mixture onto a large piece of baking parchment and use it to form a fat sausage.  Roll it up and twist the ends to keep it all compacted together.

Put the sausage in the fridge and leave to set over night before slicing into biscuits. 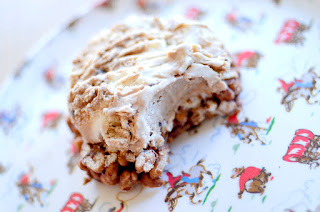 Delicious with or without the squished ice cream