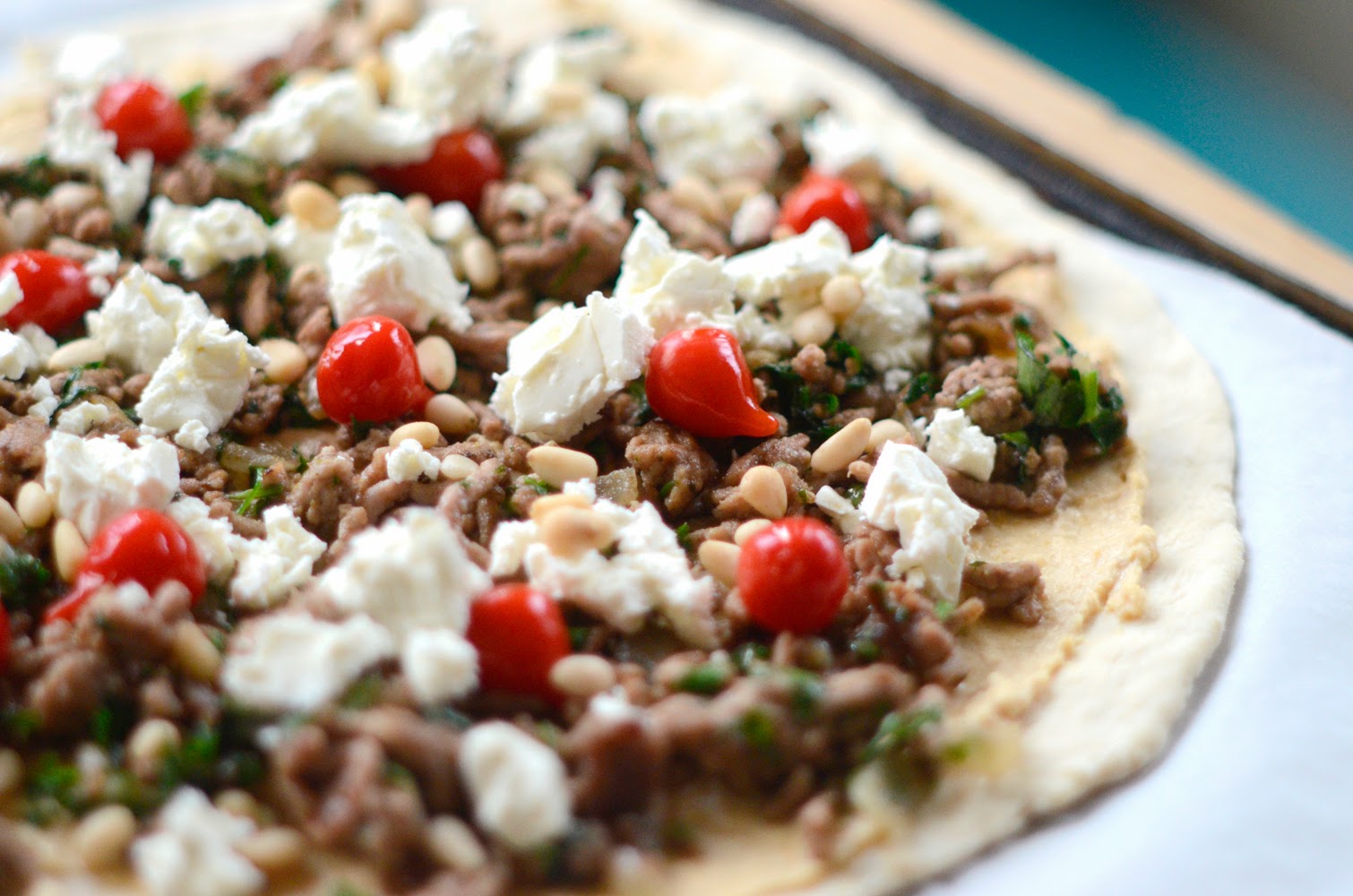 This is a sort of greek inspired pizza that came from what I had in the fridge when I first made it.  It's now become a regular feature at dinner time in our house.  I've replaced the tomato base with humous and finished it off with feta cheese instead of mozzarella.

You could also make it into calzone if you are using a proper pizza dough but for speed I'm going with Jo Wheatley's flat bread recipe.  You really can't go wrong with this, I use it all the time.

For a bit of colour I've added some Roquito peppers so they add some heat too. I really love those, especially the ones you get stuffed with feta at the deli counter.  I've just discovered these mini versions in Tesco.  If you prefer less spice just swap them for chopped red peppers. 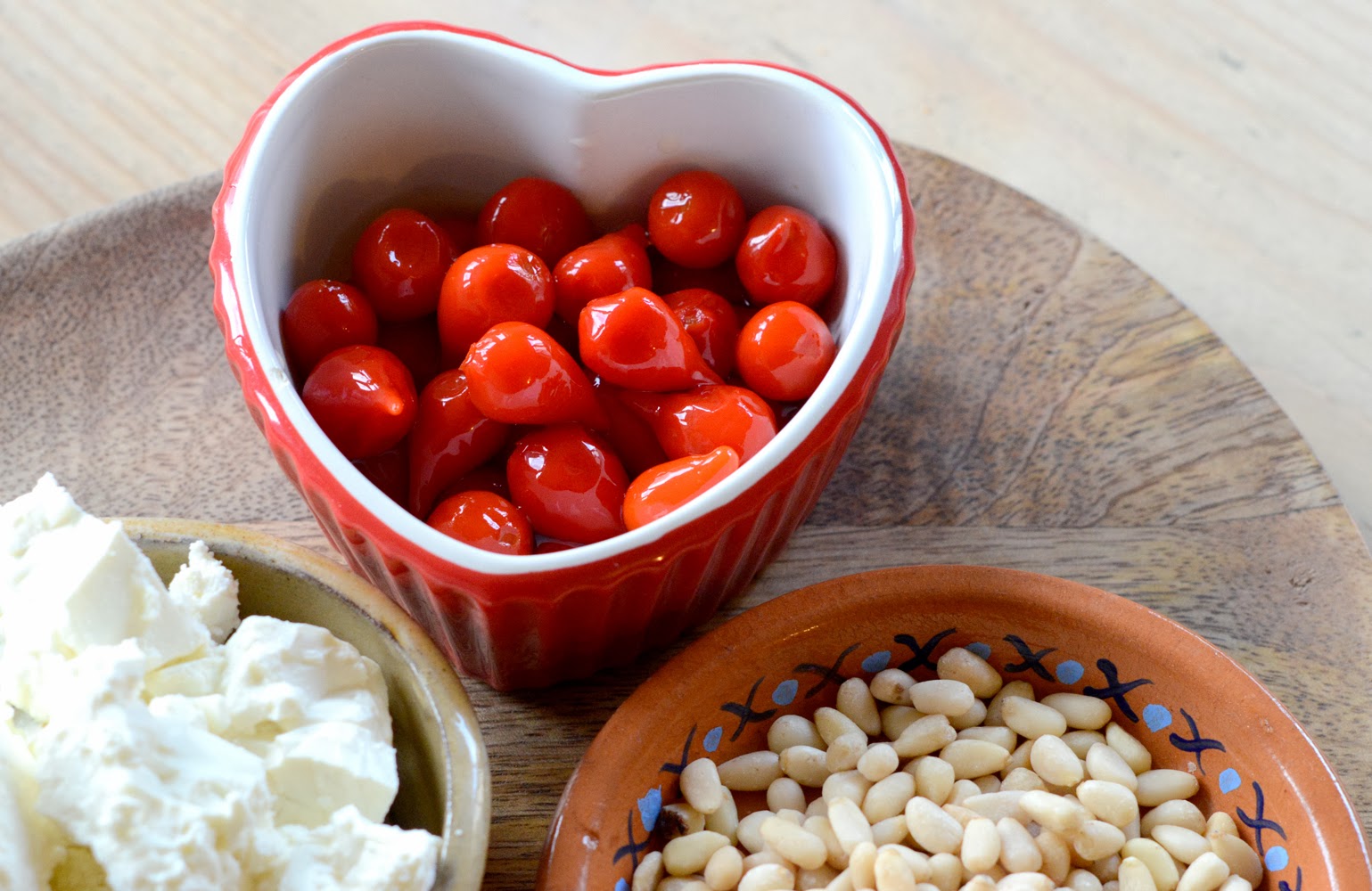 Make the bases first.  Combine the flour and yoghurt in a bowl till it comes together to form a soft dough. Knead it a little so it becomes nice and smooth then divide it into 4 and roll each one out to the thickness of a pound coin.  Place the bases onto baking sheets lined with parchment and leave to one side.

Heat the oil in a pan and add the onion.  Cook till soft then add the minced lamb.  Cook on a medium heat till it has just started to brown.  Add the ground cumin and 2/3 of the coriander.  Cook till the coriander has wilted.

Divide the humous between the bases and spread to cover leaving a slight crust.  Now cover with the mince. Sprinkle on the pinenuts and dot with the peppers. Lastly crumble on lumps of the feta cheese.

Bake the pizza's at 160C for 20-30 minutes.  Once the bases have cooked through, remove from the oven and sprinkle on the remaining coriander. 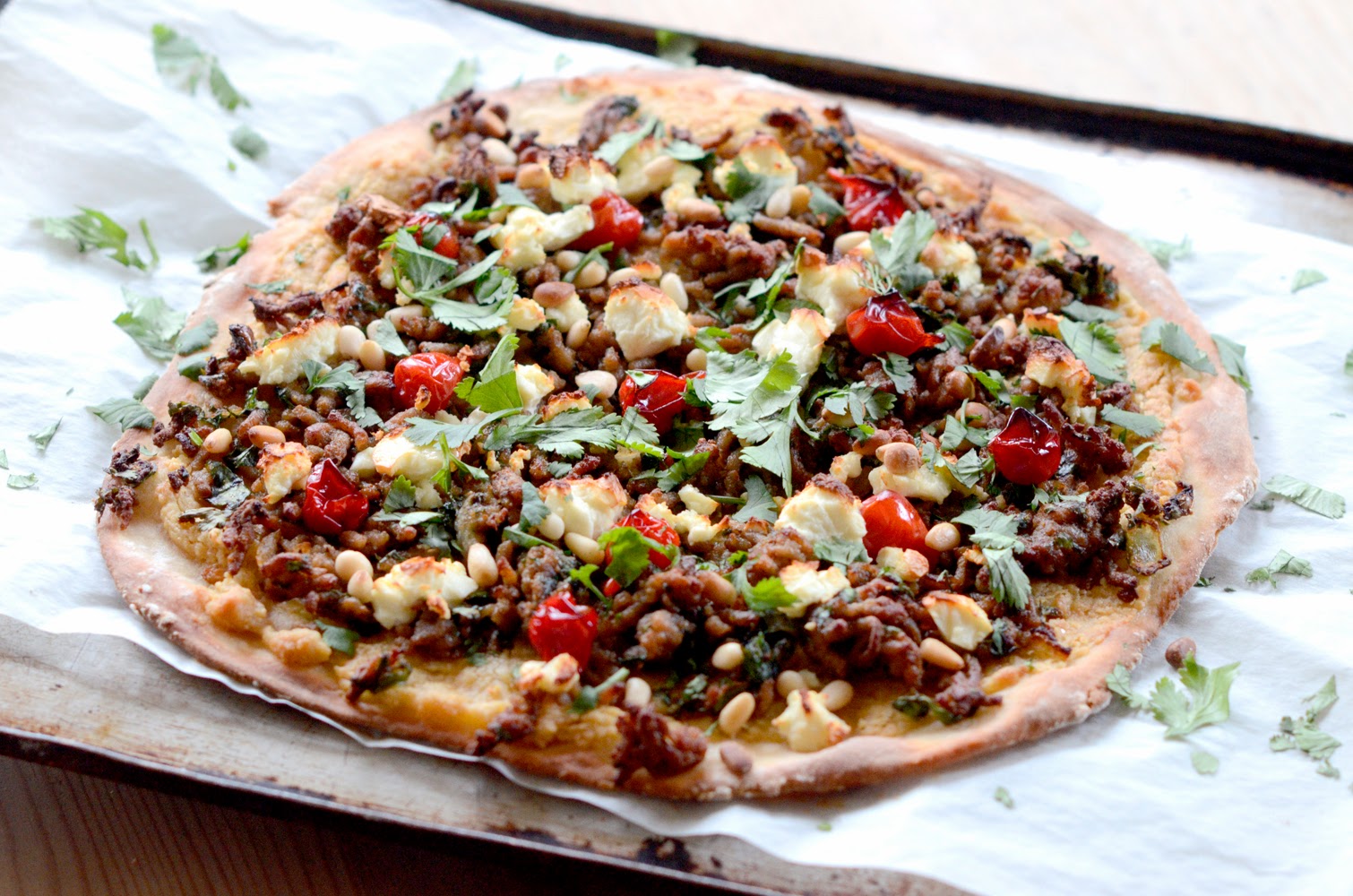