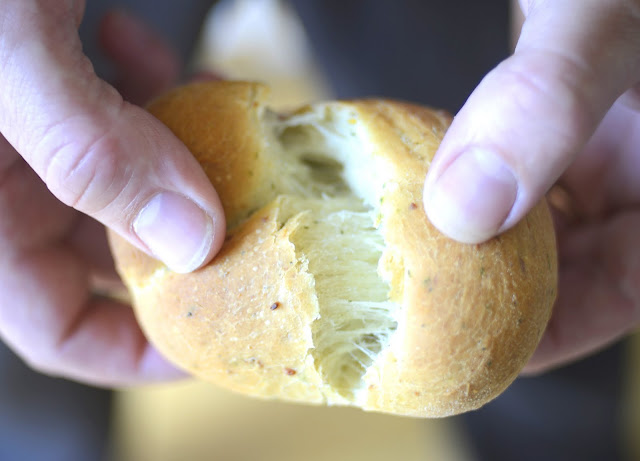 It was bread this week and we were all very nervous about what Paul would have to say about our efforts.  I do like to make bread, of all the things to bake it gives me the most sense of achievement when I produce something nice - For me, It's easy to get wrong and hard to get right.
In the past I have shied away from loaves and made less temperamental breads like stromboli and fougasse.  Bread does scare me a little so I had to really get to grips with my reservations and work hard on coming up with original recipes that I could guarantee would work, have lots of flavour and offer something different.
We started with our signature free form loaf. I have issues with adding ingredients to my bread, I just don't seem to get good results once I add any extras so I new I had to find something that would add lots of flavour but not affect the structure of the dough 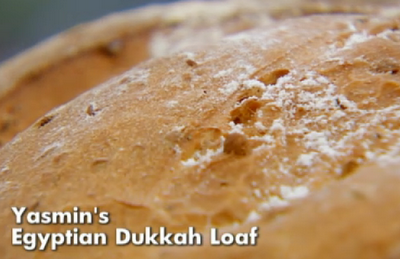 Dukkah is a middle eastern spice mix traditionally used as a side dish eaten with olive oil and bread.  The name Dukkah is derived from the Arabic for 'to pound' as the mixture of spices and nuts are pounded together after being dry roasted.  I also use it on roasted meats , in stews and on pizzas and now in bread. 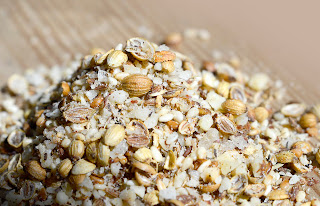 
Put the corriander seeds, cumin seeds, hazelnuts and sesame seeds in a pan and dry roast them till they start to brown and pop.  The aroma is fantastic.  Remove them from the pan immediately as they will continue to toast and they may burn.  Add the remaining ingredients and either use a pestle and mortar to grind them together or whizz them in a mini chopper.  I like it a little chunky and to have texture but you can make it as fine as you like.

Dough
PESTO BREAD
Because I'd used a normal bread dough for the signature loaf I wanted something different for the first of my two rolls.  This pesto bread is made with an olive oil dough but rather than use just olive oil, I have used the oil to make the pesto and added that.
Olive oil dough has a lovely soft stretchy texture, I actually prefer to use it for most of my bread, it's good for pizza bases too. 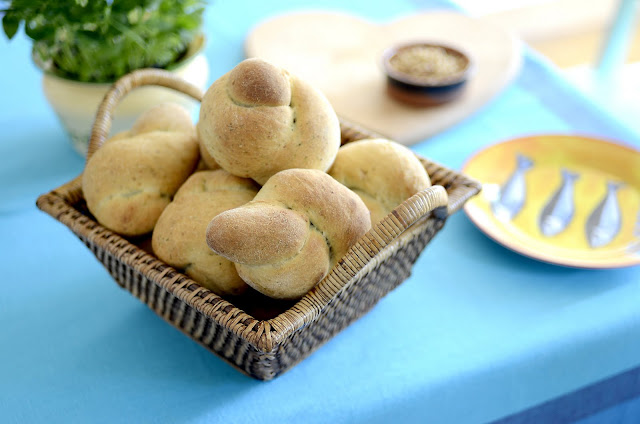 SWEET COCONUT ROLLS
So, I've used a regular dough and an olive oil dough, now for a sweet dough.  This was the bread that made Mary like coconut.  It reminds me of my mum's chelsea buns, she replaced the usual sultanas with a mixture of toasted coconut, butter and sugar, every time I taste it I'm transported back to my childhood.
You can eat this bread as it is, still warm from the oven is best but it also goes great with a really hot curry, the sweetness helps combat the heat from the chilli, a bit like peshwari naan. 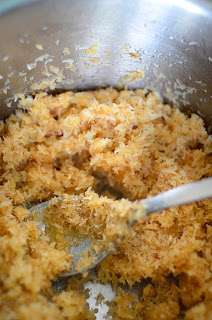 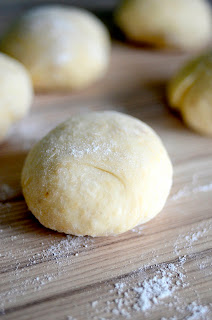 Make the coconut filling. Toast all the coconut in a dry pan till it browns.  Remove it from the pan as it will continue to toast and burn. Remove 25g and set aside for the dough.  Now put the butter and sugar in the pan and heat till the butter has melted.  Once they have both melted add the remaining coconut and stir to combine.
Now make the dough.  Stir the icing sugar into the 25g of coconut and set aside.  Warm the milk slightly in a pan.  Rub the butter into the flour.  Add the yeast, sugar, salt and coconut with icing sugar and stir to combine.  Mix in the eggs and milk with a knife and knead for 10 minutes on a slightly oiled surface till smooth. Return the dough to the bowl and cover.  Leave to prove for an hour till doubled in size.
The Faffy Bit 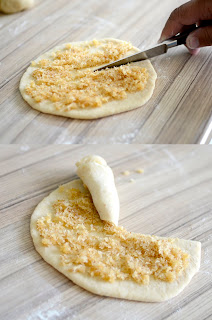 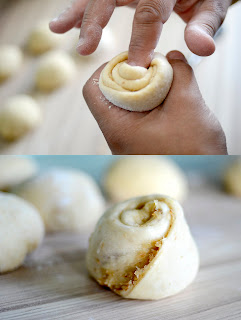 Remove from bowl and 'knock back' to original size.  Divide the dough into 12 neat balls, they should weigh about 80g each. This is where it gets tricky but only slightly,  To form each one, roll each into a disc about 5mm thick and cover with a spoon of coconut filling.  Cut from the centre to the edge of the disc then roll it up from the cut edge to form a cone shape.  Tuck the dough at the larger end in on itself to make a base, sit the base in the surface and use your thumb to push the point of the cone into the centre and form a dimple.  Rest for a further hour on a baking sheet lined with parchment.   Cover with a tea towel.
Because it is a sweet dough it can burn if the temperature is too high so bake it at 160C for 20-30 minutes. 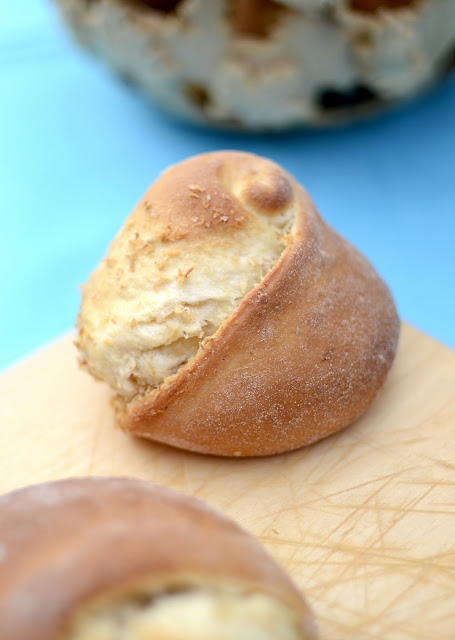 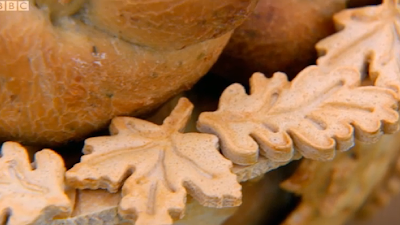 If that wasn't enough we had to make a display basket for our rolls.  15 years in child care teaches you something about play dough along with cutting and sticking so that's just what I did!
My friend Ann always buys the most perfect presents and she gave me these fantastic leaf cutters.  The whole thing was simple and effective but it was the cutters that made it - with a little help from me! 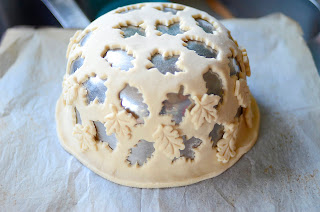 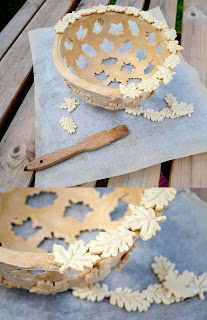 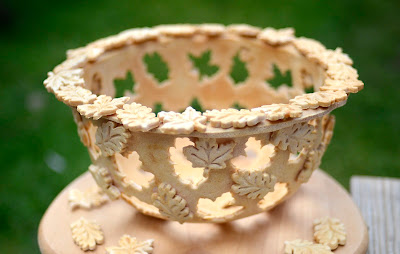