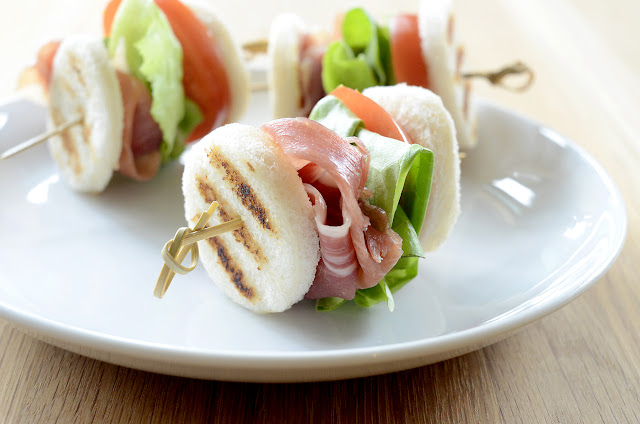 Now then, I know I'm not the only one out there who is enjoying the current TV scheduling.  In fact, there's so much good tv at the moment I'm having problems with things clashing.  Added to this dilemma of what to watch is the what to eat issue.

They say it is better for you if you eat earlier in the day rather than late at night so I do this but truth be told it's so I can have a little smakeral of something whilst settling infront of Downton, Spooks, XFactor, Strictly......the list goes on.  I'm at the point now that I'm planning my snacks for next weeks episode at the end of this weeks!

The chosen treat for Downton this week was something I'm sure Mrs Patmore would have approved of. Mini BLT's.  It's pretty obvious really, it's just what it say's on the tin - Bread brushed with olive oil and griddled, pinned together with Parma Ham, L & T  There was also some mayo going on in there or even - a real guilty pleasure salad cream but ssh, don't tell anyone x 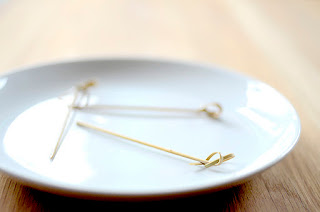