ALL IN ONE PIE - FISH CHIPS & MUSHY PEAS 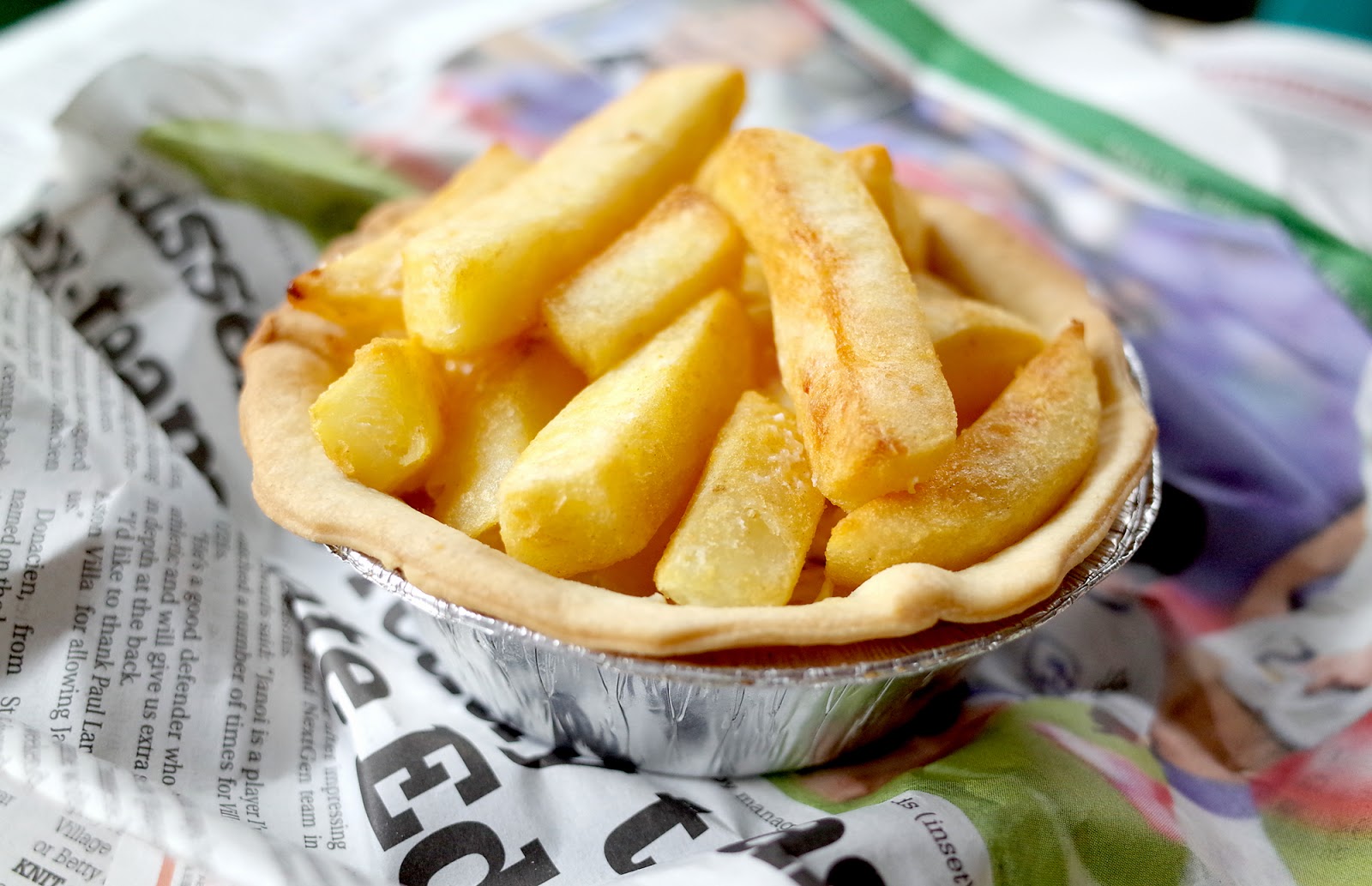 Now I have to say that I can't take the credit for this first pie, I saw it in the food department of Marks & Spencer and thought it was such a genius idea that I just had to make one.  I thought nothing could beat the invention of the giant yorkshire pudding which essentially becomes your plate and perfectly contains all the ellements of a roast dinner expertly soaking up any meat juices and gravey for the finale.  But I have to say that this fish supper could possibly take the gold.

It got me thinking though, there must be other classic meals that you could shove in a pie.  So this is the start of a small series of recipes of dinners All In One Pie .

I have no idea of the M&S recipe but this is my version.  I've used the same recipe from my fish finger sandwich for the mushy peas in the base and topped it with oven chips as I found they cooked well in a shorter time and the fish won't dry out.  I like to use packs of fish pie mix from the fresh fish section of the suparmarket for the variety of cod, salmon and haddock but you could just stick with cod if you prefer. 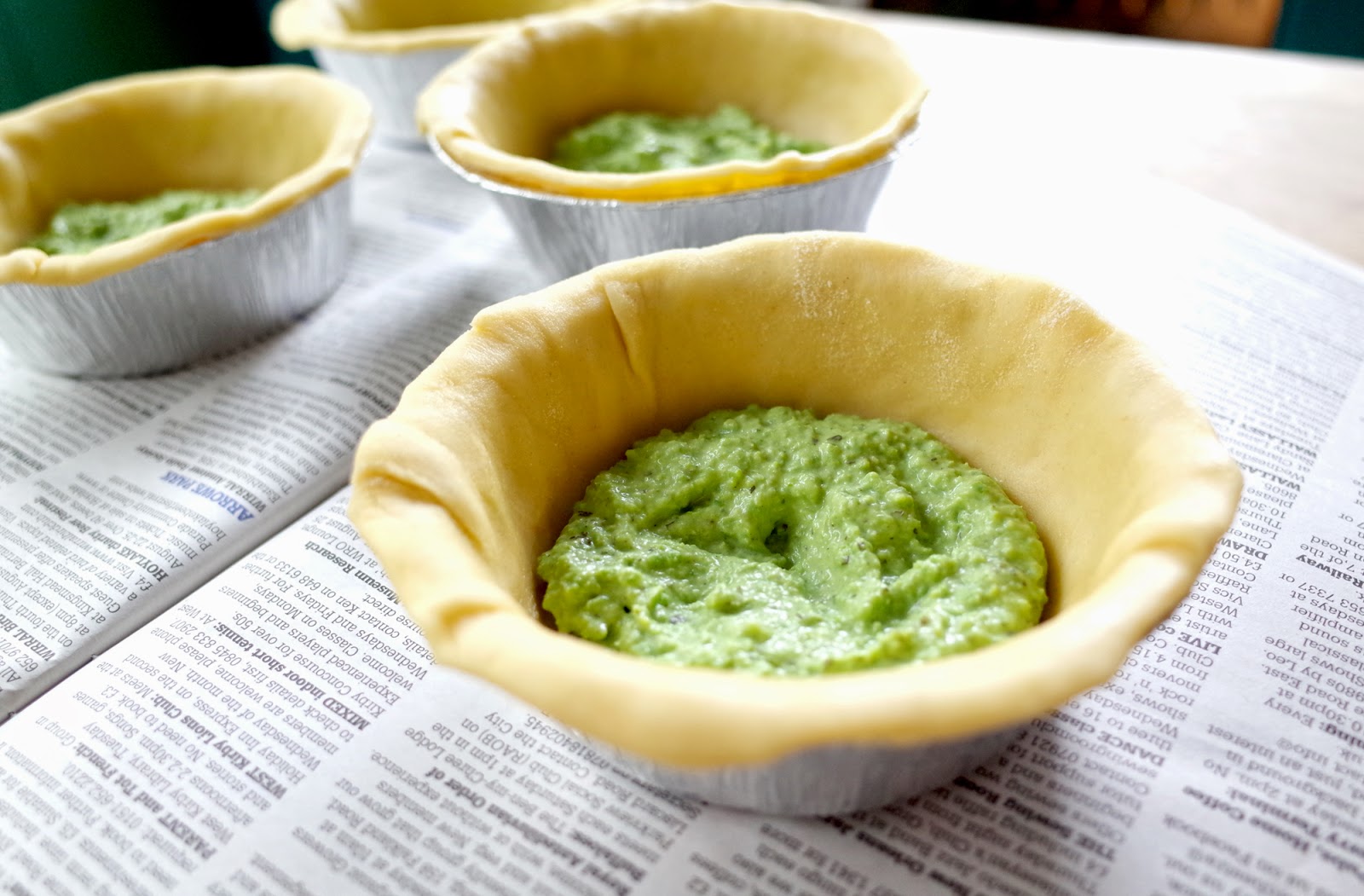 Boil the peas in hot water, drain and pulse them in a processor with the remaining ingredients leaving some texture. 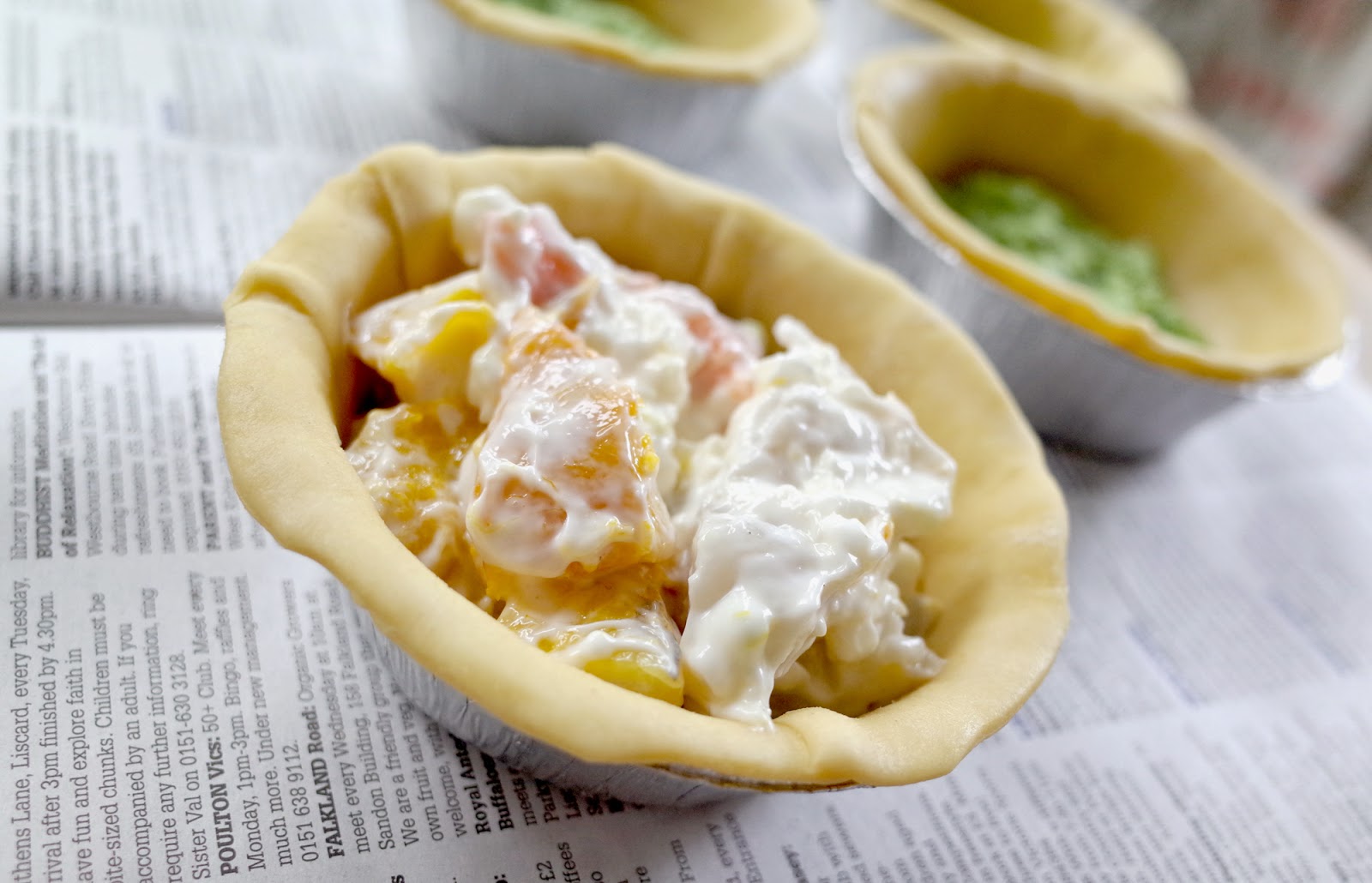 Make the pastry by rubbing the margarine and lard into the flour.  I use a little lard to make a crisper pastry.  When you can no longer see the lumps, use a knife to stir in enough water to form a dough.  Now use your hands to bring it together.  Divide into 4 then roll each one out and line your pie dishes. (I used the 4" foil ones). 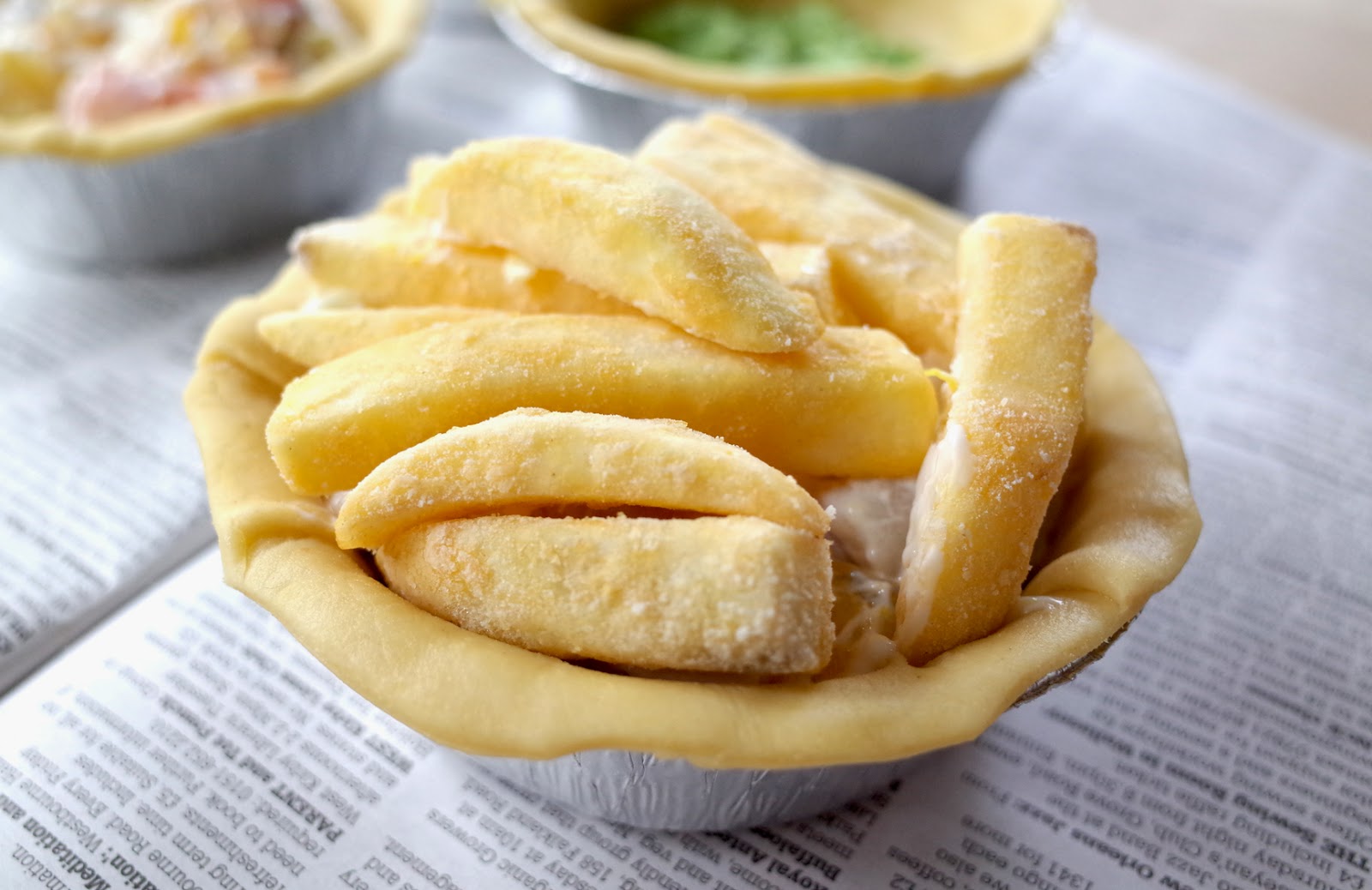 Make the mushy peas and divide between each pie case.  Make the tartar sauce and fold the fish into it.  Now fill each pie with the fish mixture making sure each one gets a good variety of fish.  Lastly finish with enough oven chips to cover. Bake for 25 minutes at 180C Fan